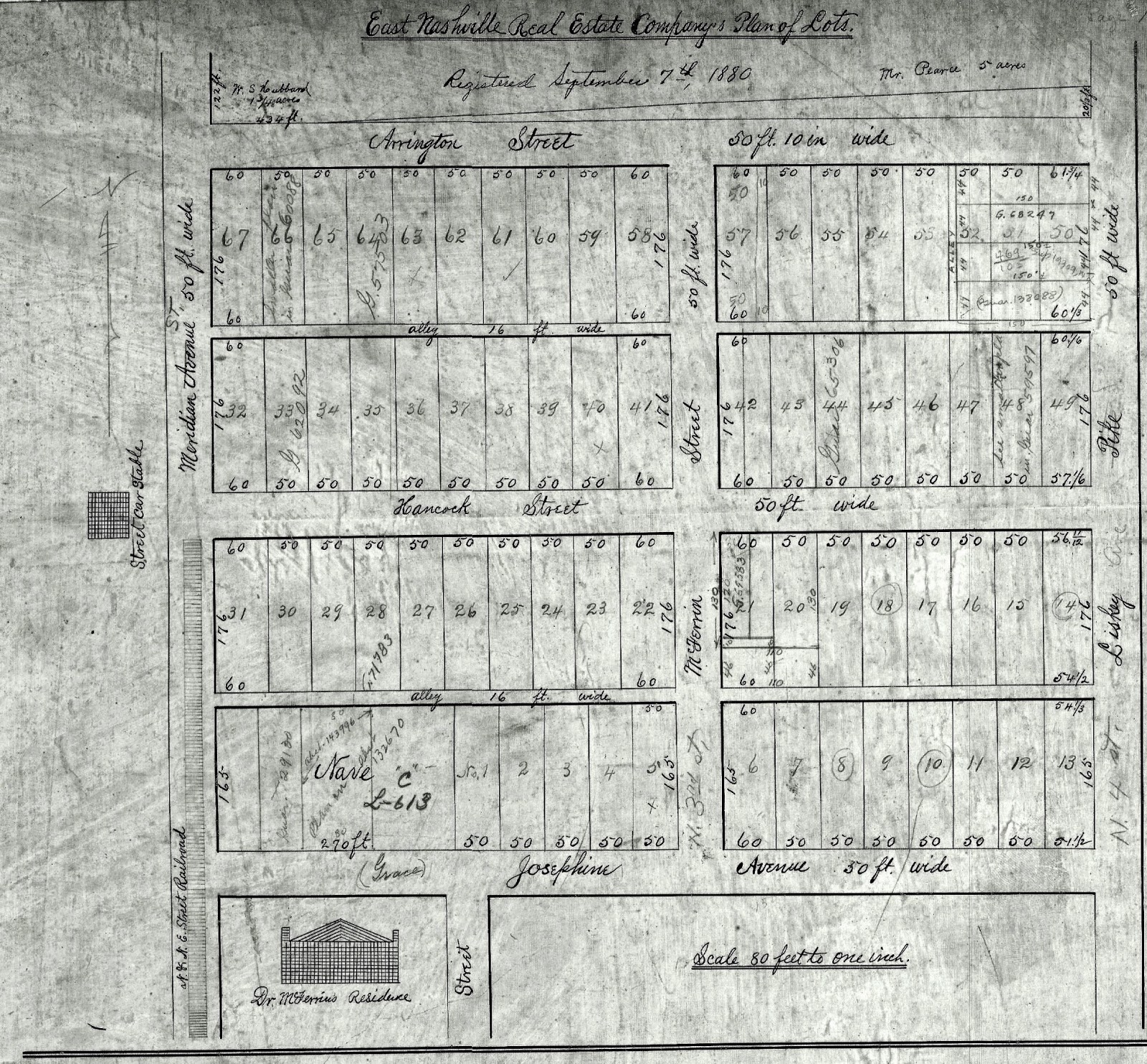 Sarah Horne was from Alabama, born there in 1844.  Patrick Stephenson was an immigrant from Ireland and worked for the railroad on the Decatur line.  He was living in Nashville as early as 1867.  Perhaps he met Sarah on a layover in Decatur.  They were married in March of 1870 in Decatur, Alabama.  By June, 1870, the newlyweds were living in Nashville at the City Hotel.  Within a few years, they were living on Foster Street in Northeast Nashville, probably to be near the railroad.  The 1880 census lists Patrick's occupation as a conductor, with the railroad.  Patrick died just before Christmas, 1881 and was buried at Nashville's Calvary Cemetery.

In 1899, Sarah's daughter and son-in-law, Ellen and William Varley moved into the house, with their two young daughters, Patricia and Loretta.  William Varley is listed as head of house in the 1900 census and Sarah is in the household listed as mother in law.  William had a men's clothing store on Union Street in partnership with a Mr. Bauman and earlier a Mr. Bowers.  The men owned a second store in Birmingham, Alabama. 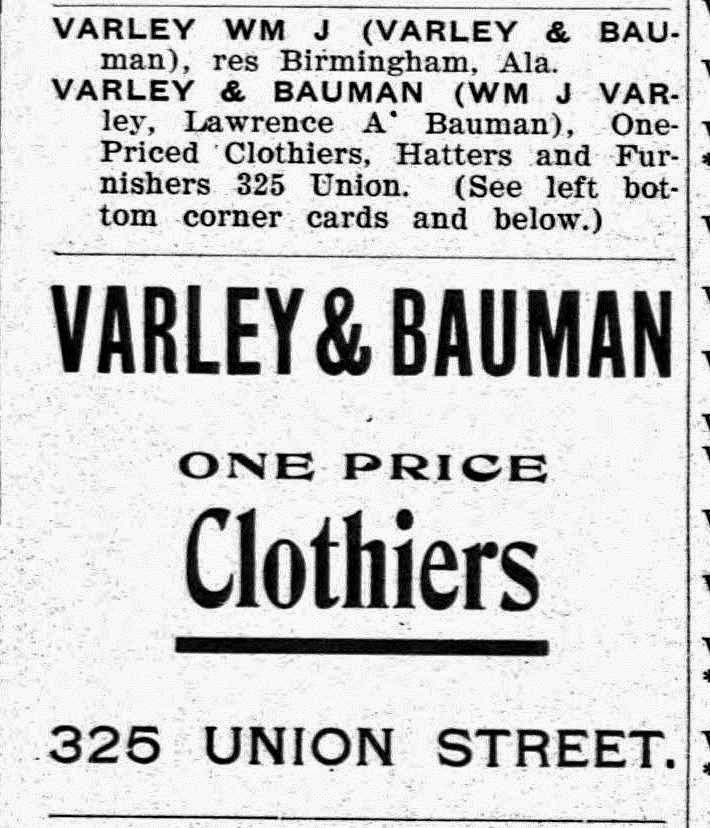 In 1901 the house was transferred by deed from Sarah Stephenson to her daughter Ellen Varley for the amount of 1167.50.  The deed still gives the street name as Josephine.   (RODC 259-104)
In 1909, Varley transferred his interest in the Nashville store to Bauman.  Bauman gave over his interest in the Birmingham store to Varley.  By this time the Varley's were living full time in Alabama.

In 1913, Ellen Varley, who had moved with her husband William to Alabama several years before, sold the house to Moore Handley Hardware Co. of Birmingham, Alabama.  The street is called Grace Avenue in the deed.  (Davidson Co., Deed ref.  445-314)  Sarah Stephenson also moved to Alabama.  She died at Mobile in June 1926.

In 1920, Moore Handley Hardware Co.  sold the house to Delter and Mell Todd for $1500. (Davidson Co., Deed ref.  531-82)
Over the next few years there were several owners, Natalie Overall, Jacob Grandstaff and Morris Jacobs.  Morris Jacobs bought the property in 1924, apparently as an investment.  He and his wife Bessie did not live in the house although they owned it until 1955.  They sold the house, that year, to Inez Parker.  Ms. Parker lived in the house at least in the early years of her ownership and was still in possession of the property at her death in 1993.  Ms. Parker left the property to Mildred Morris Dattilo and she sold the house in 1994.

Today the house looks very different than when Sarah lived there, over 130 years ago.