Shelby Park has been a part of the lives of East Nashvillians for more than 100 years. The park was named for John Shelby.  Shelby owned a large parcel of land in what is now East Nashville.  The property that Shelby owned and lived on was bound by the Cumberland River on the south and west, roughly Main Street to the north and South Eighth Street to the east.  Shelby did not own the land now occupied by Shelby Park.

Become a friend of Shelby Park and Bottoms on Facebook. Invite your friends to join.

Posted by Nashville History at 9:30 PM

Our family has had a continuing presence in East Nashville since 1855. William Sanders Hunt first appeared, in a Nashville City Directory, as an Edgefield resident in that year. Edgefield was a new community then, having recently been subdivided from the farm of John Shelby. W. S. Hunt was my great-great grandfather. 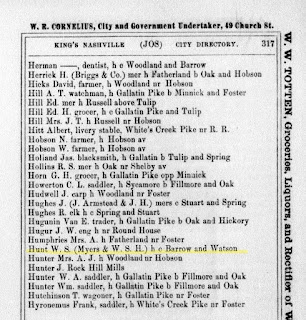 
His son Felix Zollicoffer Hunt was born March 31, 1866 in East Nashville. The family was living at the corner of Barrow [So. 2nd] and Watson [Boscobel].

Minnie Mae Hunt, daughter of Felix, was born February 24, 1899, when her parents were living in the thirteen hundred block of Shelby Ave. In 1916 Minnie was married to Wilmoth (Pat) Steele, son of Alex and Lola Dickson Steele. The Steele's lived at 620 Shelby Ave., where Wilmoth was born on July 26, 1892. My mother Lola Mae Steele was the second daughter of Minnie and Wilmoth. Mama was born in a house located at 227 Shelby Ave. on August 23, 1919. 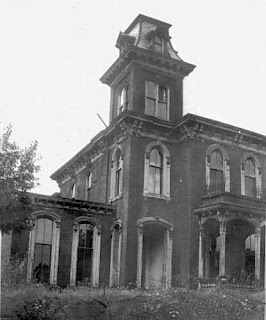 Mama and Daddy's siblings all grew up in East Nashville. Many of my cousins lived in East Nashville or nearby when they were children. I have lived at six addresses in my nearly 60 years, five in East Nashville and at our present home in Inglewood. I still have a problem calling Inglewood "East Nashville." Since the merger of the city and county in 1963, the lines between the two communities have blurred. In 2012 there are only a handful of the family in East Nashville. A nephew and his family live in the neighborhood though they are not native to the community. My husband Jimmy, my two daughters Tammy and Amanda, and I moved to Inglewood in 1978. My children grew up in Inglewood and one of them still lives here. Starting with Grandpa Hunt our family has been continuously in East Nashville for nearly one hundred and sixty years.

Our Davidson County family history began long before there was an East Nashville. Early Nashville area family names on my Daddy's side are Gower, Russell, Wright, Cook, Davis, Allen and Koen. Some of these were here as early as 1780. On Mama's side, Steele, Binkley, Shane, Buchanan, Castleman are some of the families that were in Nashville in the pioneer days of the late 1700's.

My husband Jimmy is no slouch when it comes to pioneer settlers in Nashville. Demonbreun Street was named in honor of Jim's gr-gr-gr-gr Grandfather, Timothy Demonbreun, a French-Canadian fur trader who had a presence here some years before the first permanent settlement. 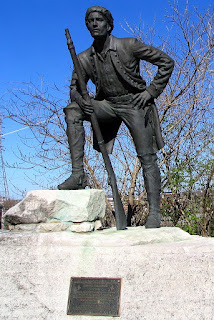 Jim's ancestor, John Rains, was one of the first settlers, and is immortalized in many accounts of early Nashville history. Some of Jim's families; Bradley, Binkley, Baker, Dowlen, Fontaine, Freeman were among the earliest settlers in neighboring Robertson County. Our daughters Tammy and Amanda have a fine Middle Tennessee Heritage. They are the eleventh generation of our family to live in Davidson County, Tennessee, through the Gower family line and tenth generation through several other family lines.
Posted by Nashville History at 9:10 AM 2 comments:

I am researching the houses that were built by John Shelby in East Nashville. Reportedly there were three, Shelby Hall [later renamed Fatherland], Boscobel and a new house built about 1855 called Fatherland. There is a lot of misinformation in published reports. I am putting together deeds, maps, wills, old news accounts, anything I can find that might shed light on the homes. Stay tuned....
Posted by Nashville History at 7:10 AM 2 comments: