Edgefield Baptist Church was organized in April of 1867.  They met on Sunday morning April 14, at Stubb's Hall in Edgefield. Thirty members gathered to worship and choose as a pastor, Rev. G. W. Harris of Virginia. Rev. W. C. Johnson of Arkansas also officiated at the first meeting.  E. Truett, G. W. G. Payne and E. H. Hill, were selected to serve as deacons. The new members has been meeting for more than a year in Edgefield homes as they prepared to bring a Baptist Church to Edgefield. Twenty of the new members had previously been members of First Baptist Church in Nashville.The first official meeting of the church was held in Stubb's Hall located at the corner of Woodland and Tulip (South Fifth) Streets. For the next several years the congregation held services at McClure's Hall which was also at the corner of Woodland and Tulip (South Fifth) Streets and may have been the same building.


In May of 1869, Ezekiel Truett, George W. G. Payne, Thomas H. Jones, George W. Strode and William A. Nelson, Trustees of Edgefield Baptist Church, purchased lots one and two in Lindsley and Winston's plan of Edgefield for twenty nine hundred dollars. The property was to be paid for over a period of five years. The lots fronted on Fatherland Street one hundred and sixteen feet and ran back along Tulip Street (South Fifth Street) one hundred and seventy feet to an alley. 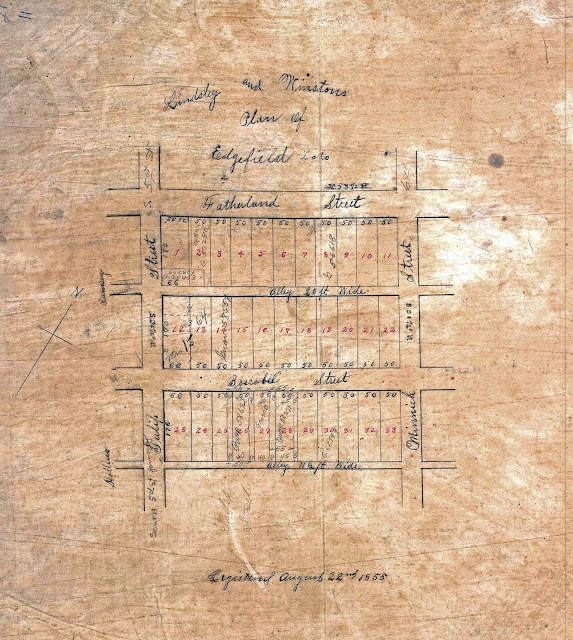 A building committee was appointed and work began on the new church in the fall of 1872. The pace was slow as the members adopted a pay as you go approach. The basement was completed in late 1873 and was then used for worship services. The building was of a unique style. There were two towers, one at each front corner. The east tower has a tall spire ornamented by four finials. The west tower was covered with galvnized iron and ornamented with four finials. A flowered cross rose from the center of the roof between the towers. The church had seating for 475 worshipers. At the time the building was dedicated in April of 1875, only a few hundred dollars remained to be paid on the debt of building the new church. 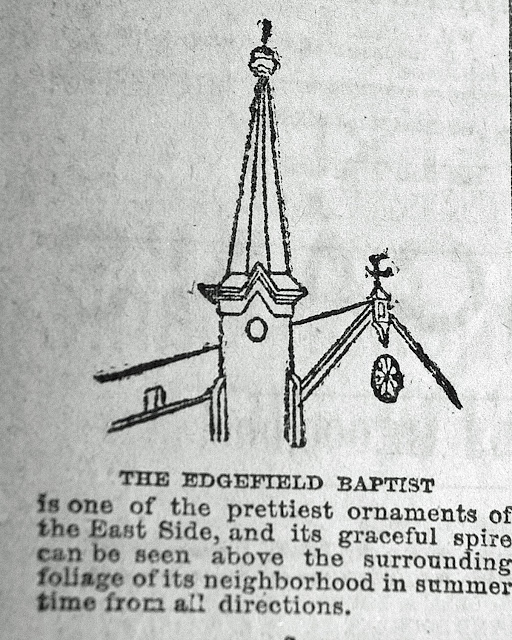 A drawing of the unique spire atop the east tower of Edgefield Baptist Church appeared in the Daily American on February 23, 1888. Between 1888 and the time the photo below was made the spire on the east tower came down. The beauty and unique style of the church at 500 Fatherland Street can be seen in this image, posted by permission of Tim Kernell.  Though the spire is gone the tower finials and the cross remain. 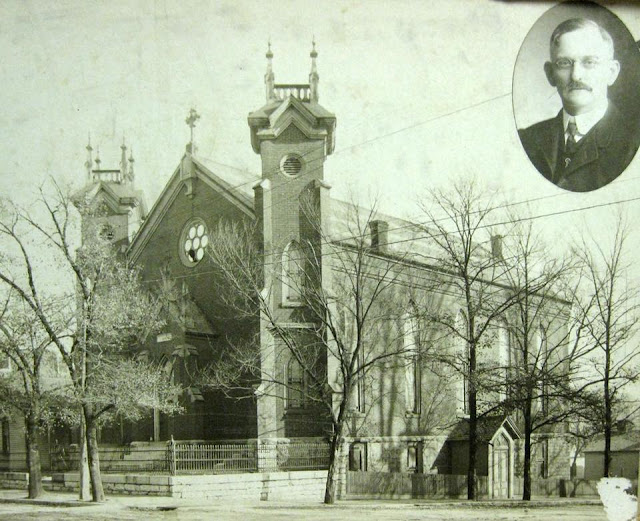 Soon after 1900, the church members began to talk about building a new, larger church nearby. In February of 1903, church trustees purchased a parcel of land located on the southeast corner of Russell and Seventh Streets.  In 1905 the old building on Fatherland Street was sold to the Seventh Day Adventists. An agreement was reached so that both church could use the building for worship until a new building could be constructed for the Baptists. Soon after, work began on the new church.


This link is to a later view of the old church (also shown below) on Fatherland Street. It was made about 1950 and was still occupied by the Seventh Day Adventists. The finials on the towers and the cross had long disappeared. Metro Nashville Archives 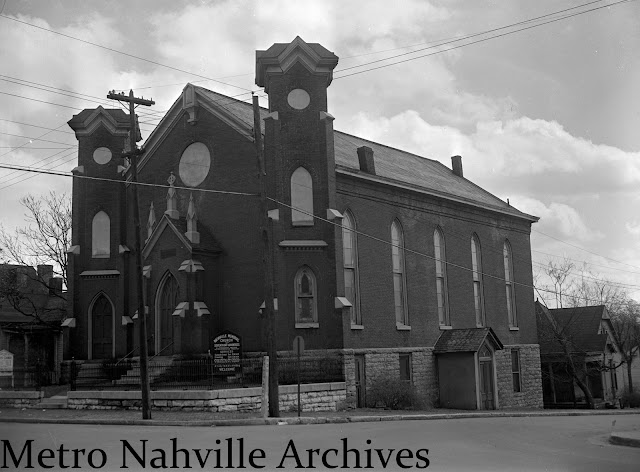 
The Nashville American, June 1, 1907. New Church Will Be Dedicated.

Posted by Nashville History at 2:30 AM No comments: